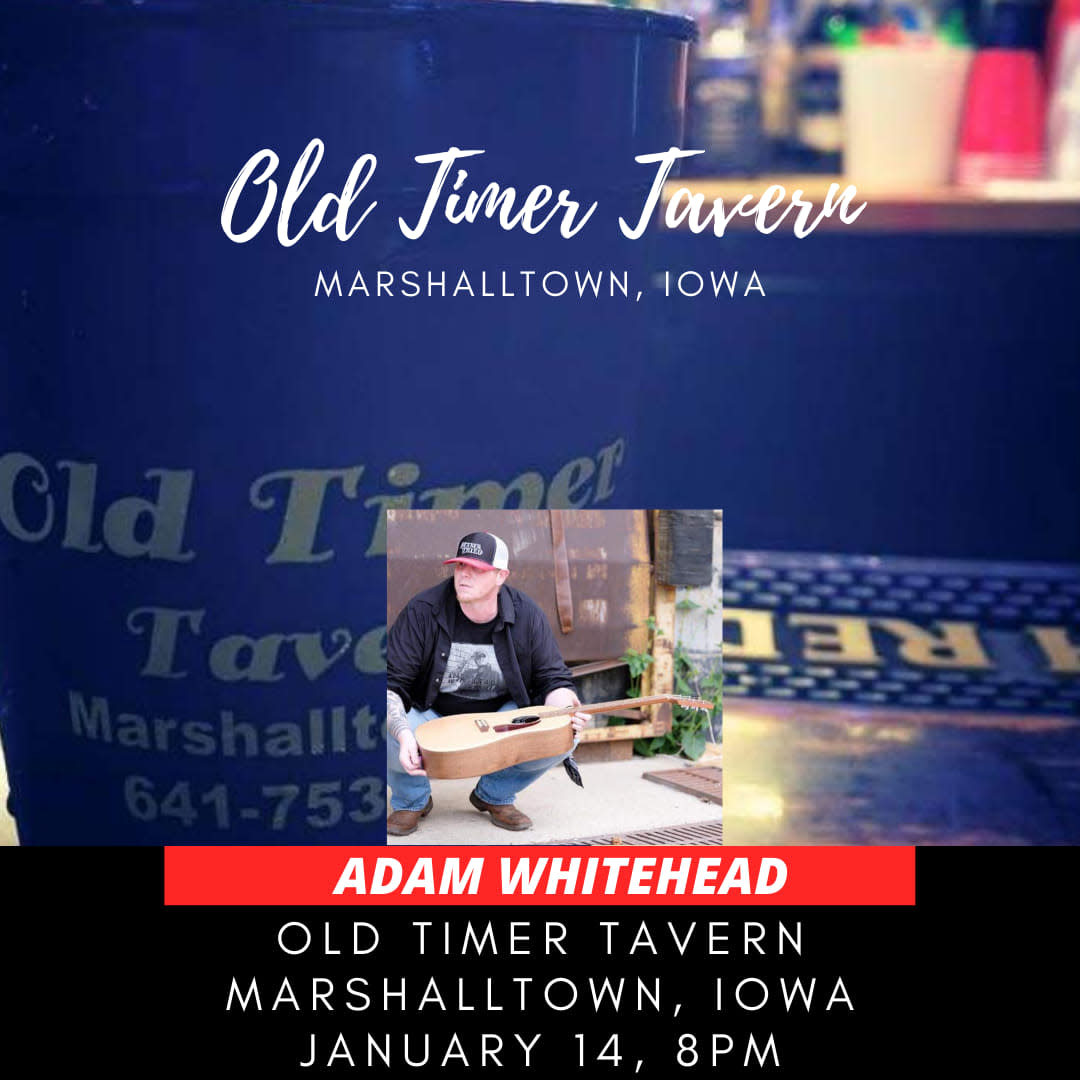 Adam Whitehead will be back in Marshalltown on Friday, January 14 at Old Timer Tavern at 8pm. Come on out to hear all of Adam's hit songs and all of the upbeat party songs - and all of your favorite drinks!! This is one you definitely don't want to miss!

Adam Whitehead, born and raised in Central Iowa, has hit the ground running in the country music world. His debut album landed at #2 (#19 all genre) on the Apple Country Albums Chart behind Gabby Barrett in June of 2020. The title track, ‘Single Mom’, peaked at #146 on the Music Row Country Breakout Chart, also shooting to #59 on the iTunes Songs Chart thanks to the support of 104.9 KBOE and KIX101.1 in Iowa.

Whitehead pushed all of his chips from the corporate world into the land of country music which has allowed him to tour his home state and gained praise for his original songs in Nashville, TN at the Commodore.

Most recently, Adam Whitehead has debuted his current record, The Way Whitley Done It, on multiple Billboard charts. Whitehead saw success as the #45 spot on the Billboard's Top Current Album Sales Chart, the Billboard Top Albums Chart at #75 and earned a #31 spot on the Breaking and Entering Trending Artists Chart for the week ending September 25, 2021.