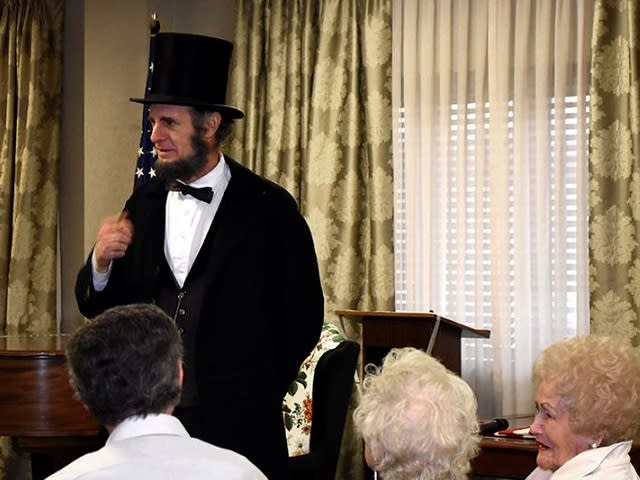 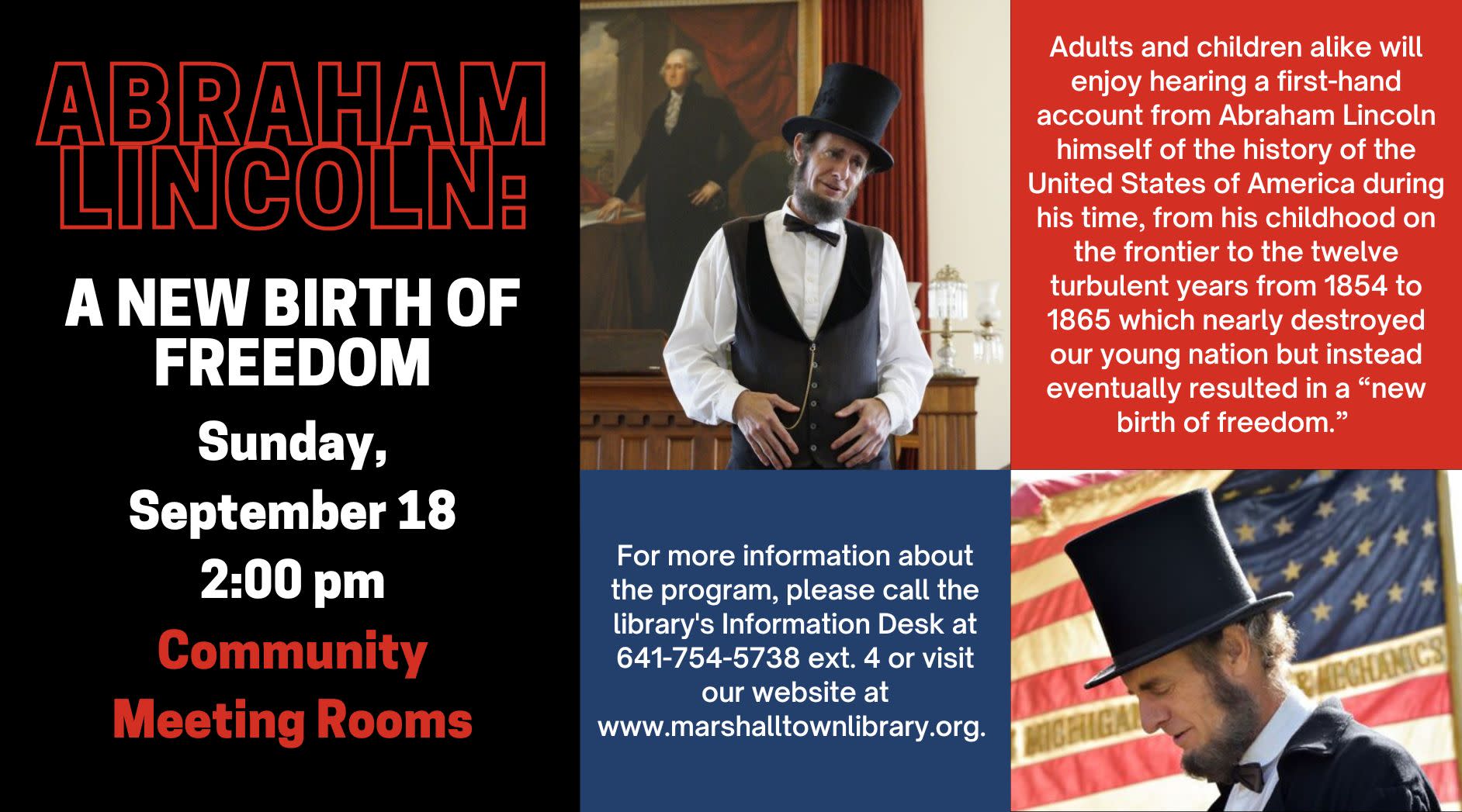 Mr. Lincoln will present the program, "Abraham Lincoln: A New Birth of Freedom" on Sunday, September 18 at 2:00pm in the library's community meeting rooms.

Adults and children alike will enjoy hearing a first-hand account from Abraham Lincoln himself of the history of the United States of America during his time, from his childhood on the frontier to the twelve turbulent years from 1854 to 1865 which nearly destroyed our young nation but instead eventually resulted in a “new birth of freedom”.

Mr. Lincoln was of course one of that latter period’s greatest protagonists, and today is one of our nation’s most beloved and esteemed historical figures. Mr. Lincoln quotes from his best-known speeches and writings, and he also talks about his own inspiring story, of how he rose from a humble background to the highest office in the land through self-study, hard work, ambition, and a strong moral character. This program is most appropriate for adults and for children from six years old on up. It runs 60 minutes and is followed by an additional time of Q&A, photos, and informal interaction.

Mr. Lincoln is portrayed by Kevin Wood, a professional Lincoln presenter who bears a remarkable resemblance to “the Great Emancipator” and who is extremely knowledgeable about his life and times. Mr. Wood has been portraying Mr. Lincoln since the year 2000, and on a professional basis since 2015. He has made over 1,300 appearances in 31 states plus Washington DC and two foreign countries: Canada and Spain.  For more information about Mr. Lincoln, visit www.mrlincoln.com.

For more information about the program, please call the library's Information Desk at 641-754-5738 ext. 4 or visit our website at www.marshalltownlibrary.org.


Free and open to the public.